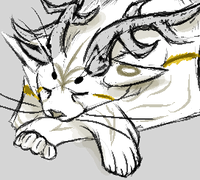 Henlo all I'm Tem, your local potat that enjoys all things spooky! I'm a rather sizable and white-furred tiger-like western dragon with light gold stripes that lived in a lot of cold regions and I'm very, very storm aligned  I would say that I'm otherkin, but a year back I found a term that fit me to the T.  I always told myself that my dragon-self and Eldritch-self(I can get into the depth of this half if anyone wants me too!) were just two halves or two whole souls that transmigrated into this body either for a much-needed rest after fighting so long(for the eldritch half) or take a step back to learn from the other while in this life (the dragon half)

And that term is Otherborn! I tend to use Otherkin as a catch-all and simple term. But really it's mostly spiritual and maybe, maybe psychological who knows? But I'm very sure about the former!

•Hey there friend! It’s great to see you here! I don’t exactly identify as othekrin either, which is why I added the miscellaneous identity forum to be inclusive to myself and others. Though, I could always add an otherborn forum if others so wish! Feel free to hang around the forums! ^.=.^ 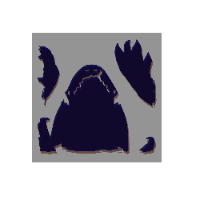 Storms are rad. A friendly greeting from one force-a-nature to another, and I'll seeya in the forum.