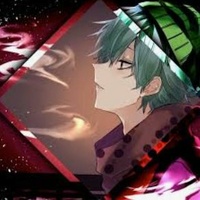 I'm Prometheus and I have known about the otherkin community for some years (I didn't bother counting how many, but probably almost one decade). I'm not otherkin nor nonhuman myself, but I used to identify as alterhuman for the following reasons: Experience of plurality, possibly copinglinking/fictionhearted and fictionflickering. Despite not calling myself alterhuman or identifying with any of the labels mentioned before, I'm still interested in interacting with people from these and other related communities. I hope that's not an issue.

To give more background, here's how I experienced all that:
[b]- Plurality:[/b] It started with my attempts at creating headmates. They all failed, but I managed to get to experience what having more than one person in the body was like to some extent. I had experienced some other signs of plurality during this period (experiencing feelings I knew to not be my own, the presence of someone in my head that appeared to be alive, there was an aura inside me that I didn't recognize as my own, etc.), but it took me many years of questioning and interacting with communities related to plurals until I managed to understand what I was experiencing at the time. Around a month ago, we became singlet for reasons without our direct control.

[b]- Fictionflicker:[/b] I had experienced that at the beginning of this year (2021) in which I had acquired what felt like very vivid memories of a specific fictional character and, for a few weeks or months, I identified as this character, being unable to think he was someone else different from myself. Despite such strong identification, this identity faded away with time although I could possibly identify as them again if I thought about them enough.

[b]- Fictionhearted (?):[/b] Possibly what turned me plural in the first place or was an actual sign of me becoming plural. There was a character that I liked a lot, admired and wished I was when I was younger. The feelings were strong and lasted a few years which is an unusual period for me to like a fictional character, but it eventually faded away as I got older. However, the plurality was not gone.

[b]- Copinglinking (?):[/b] My desire to be this character made me create a linktype related to them, plus I also needed it in order to function due to my concerning mental health issues at the time. Nowadays I struggle to call this copinglinking because of how heavily tied it was to my plurality.

This is probably all you need to know for now. I identify as a woman, but I go by both he/him and she/her (having some slight preference for he/him).

•Hello hello! It’s great to see you here! There’s no need to worry, you’re welcome here in the spire! Feel free to hang around and chat in any of the threads! ^.=.^